Ventures in Christian Discipleship at McPherson (Kan.) College is offering courses in March and May. The March offering will be “From Tragedy to Community” online March 31, starting at 9 p.m. (Eastern time), presented by Andrew Sampson, pastor at Modesto (Calif.) Church of the Brethren. The May offering will be “Spirituality on the Screen” online May 2, at 7 p.m. (Eastern time), presented by Walt Wiltschek, district executive minister for the Church of the Brethren’s Illinois and Wisconsin District and a member of the editorial team for Messenger magazine. 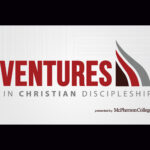 New at www.brethren.org  is a photo album from Sudan, providing glimpses into the work of Michael Wagner, Church of the Brethren mission staff seconded to the Africa Inland Church-Sudan. Wagner began work in southern Sudan in early July. His home congregation is Mountville (Pa.) Church of the Brethren. Find the album at www.brethren.org/site/PhotoAlbumUser?view=UserAlbum&AlbumID=12209. “If you,

Newsline A prayer circle on Sept. 3 at the church’s General Offices offered a blessing for the 15 Brethren Volunteer Service (BVS) workers attending a retreat, and for Robert and Linda Shank (shown at left above), church staff preparing to travel to North Korea to teach in a new university there. Global Mission Partnerships executive

Newsline is the Church of the Brethren e-mail news service. Go to www.brethren.org/newsline to subscribe or unsubscribe.   Feb. 25, 2010 “…Stand firm in the Lord…” (Philippians 4:1b). NEWS 1) Christian denominations issue joint letter urging immigration reform. 2) Brethren medical/crisis counseling group is to go to Haiti. 3) Winners of NYC music and

“Celebrating the Church of the Brethren’s 300th Anniversary in 2008” “…Who brings out of his treasure what is new and what is old” (Matthew 13:52b) 2008 ANNUAL CONFERENCE UPDATE 1) General Board approves resolution of merger with ABC. 2) Pre-registration for Ministers’ Association meeting closes June 10. 3) Farm labor leader to speak at Global

Church of the Brethren