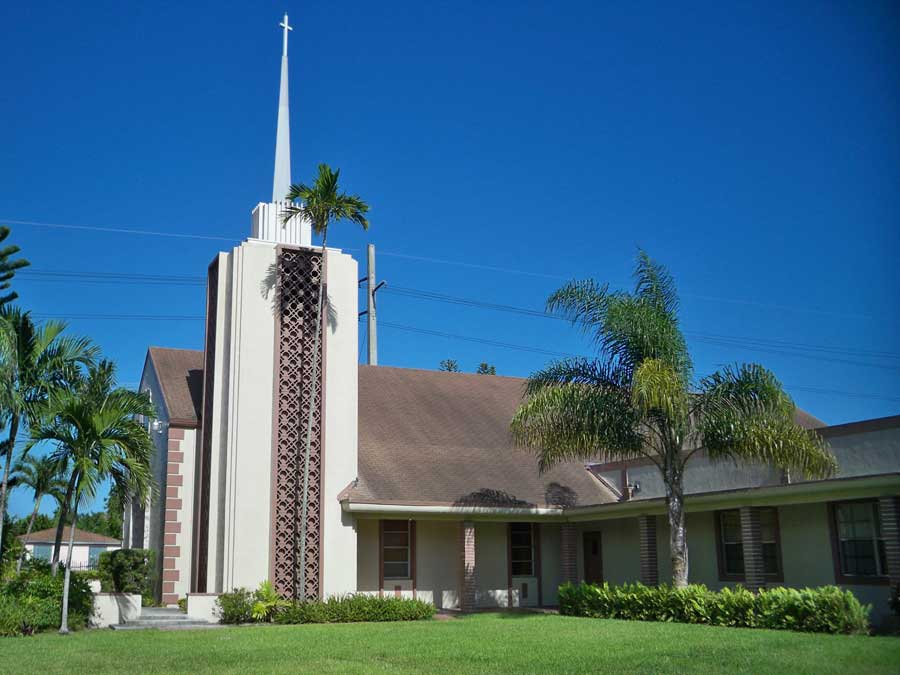 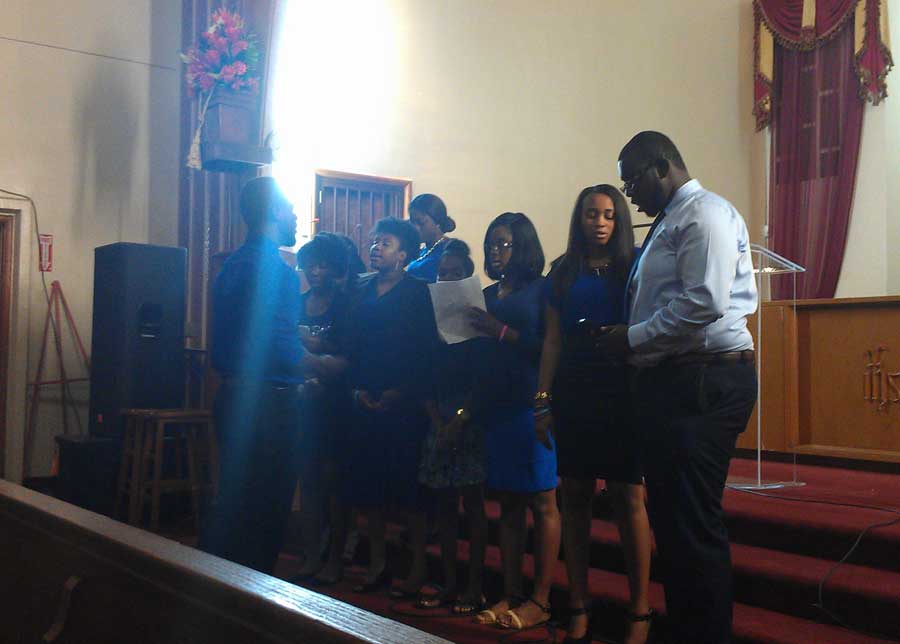 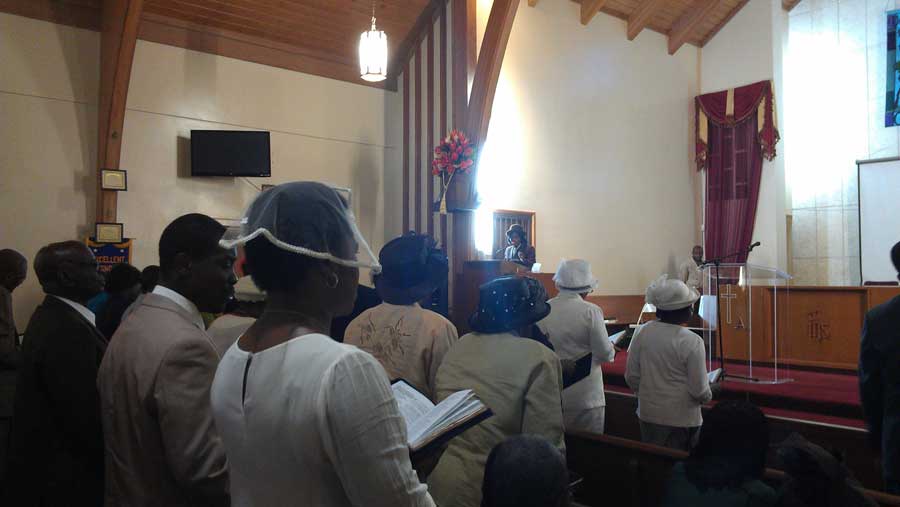 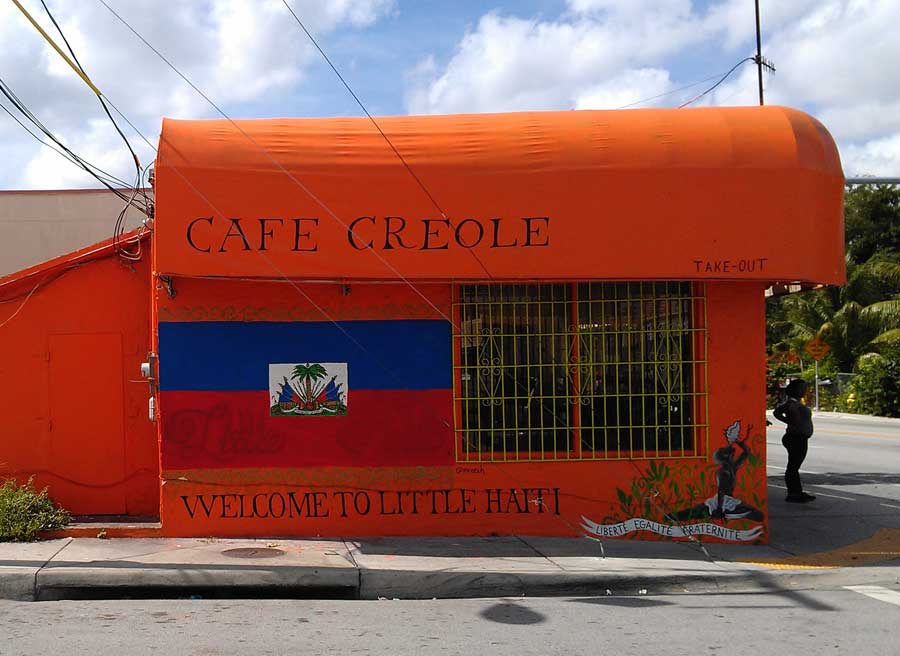 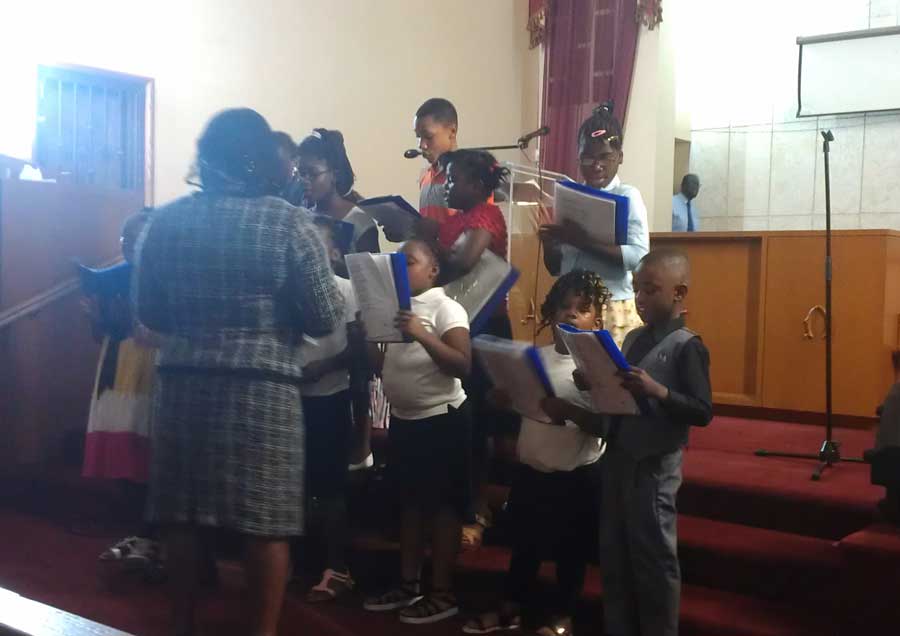 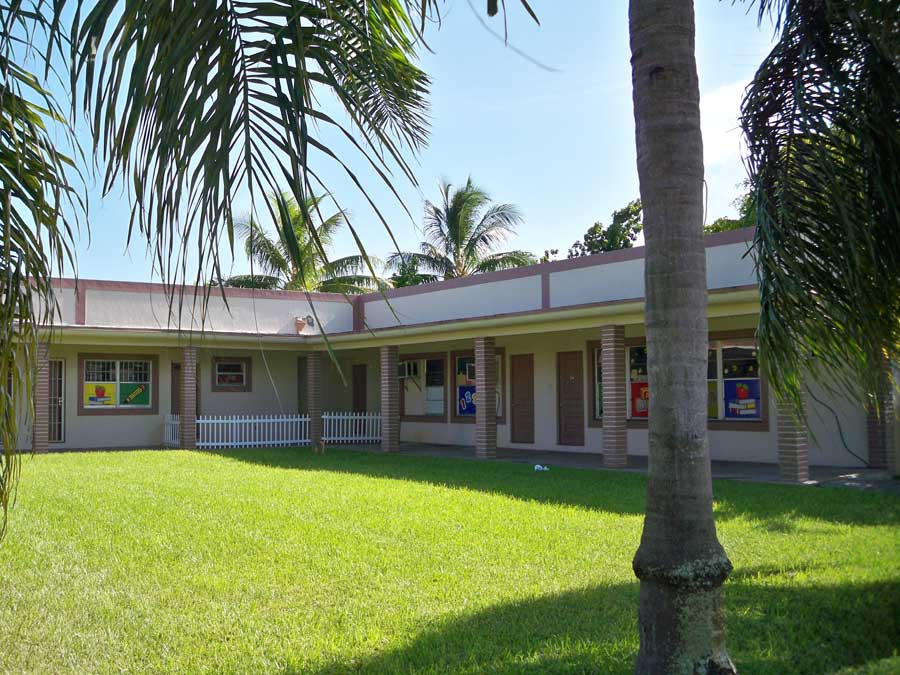 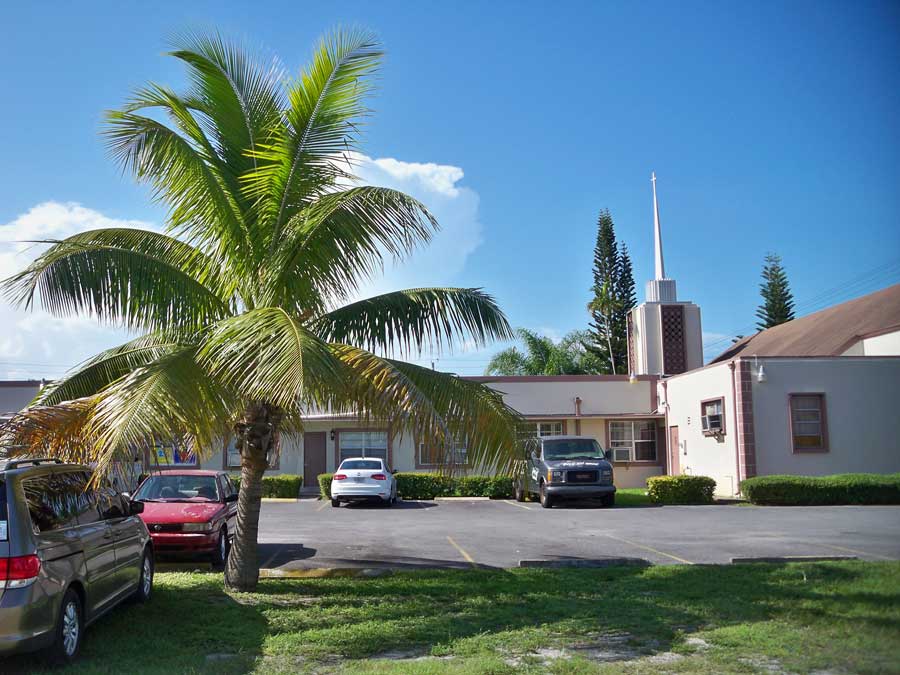 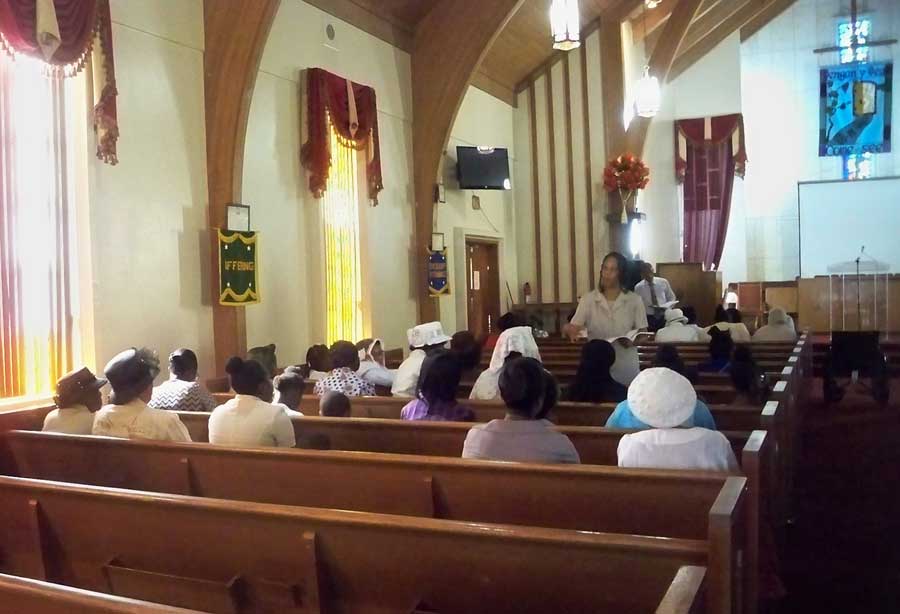 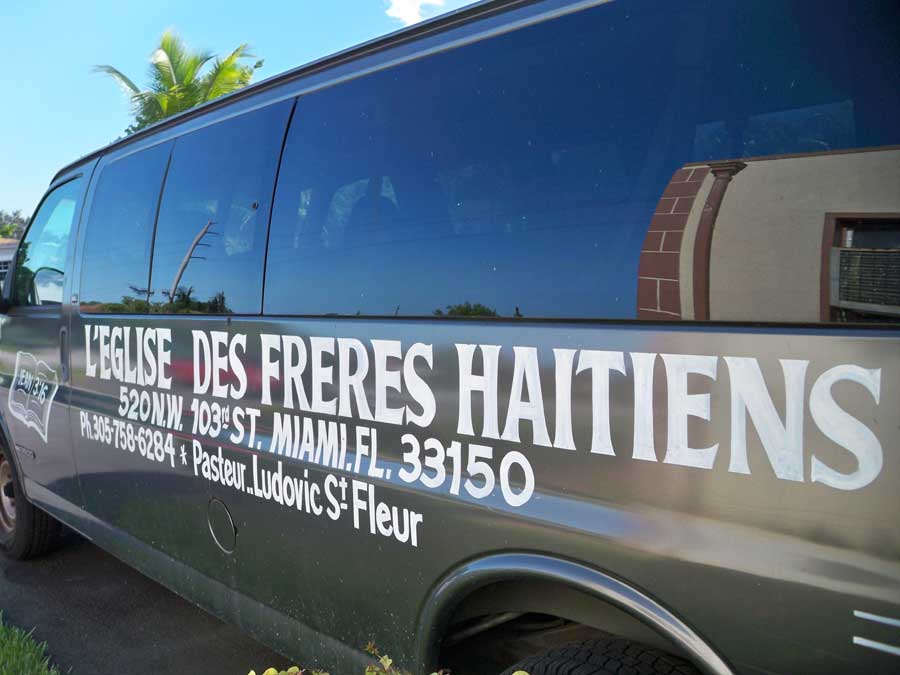 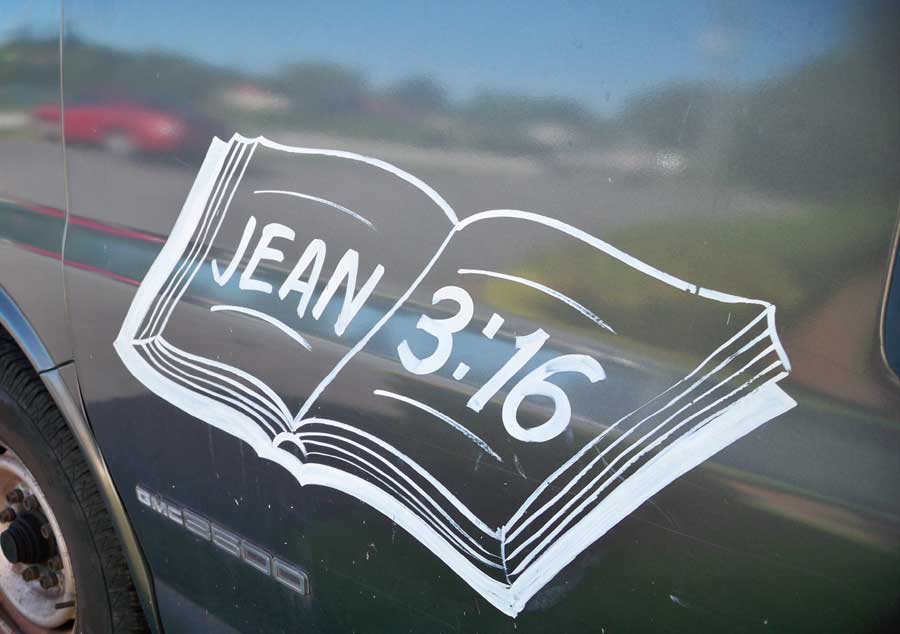 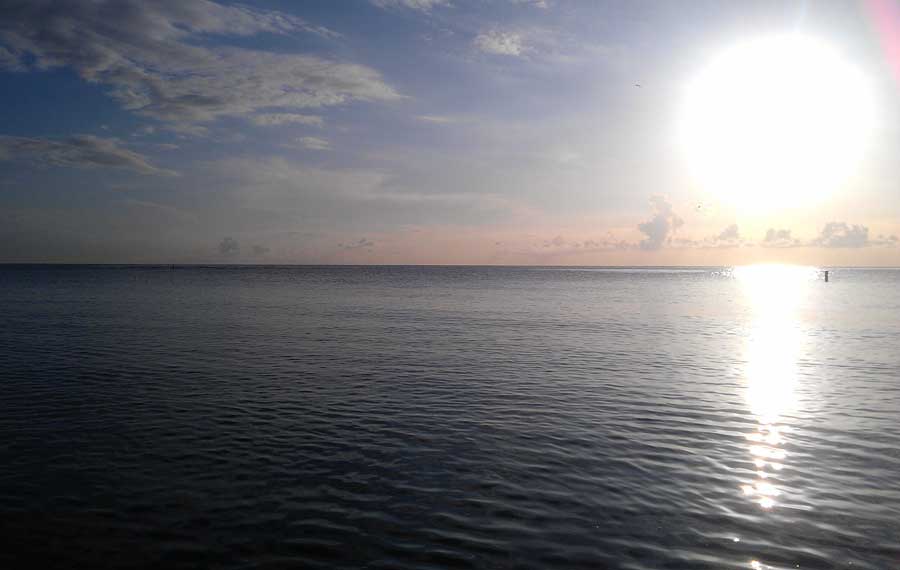 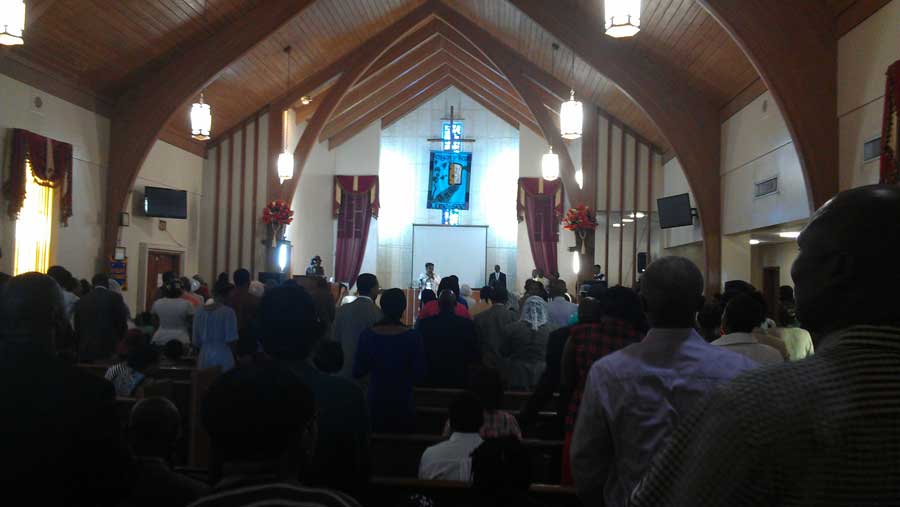 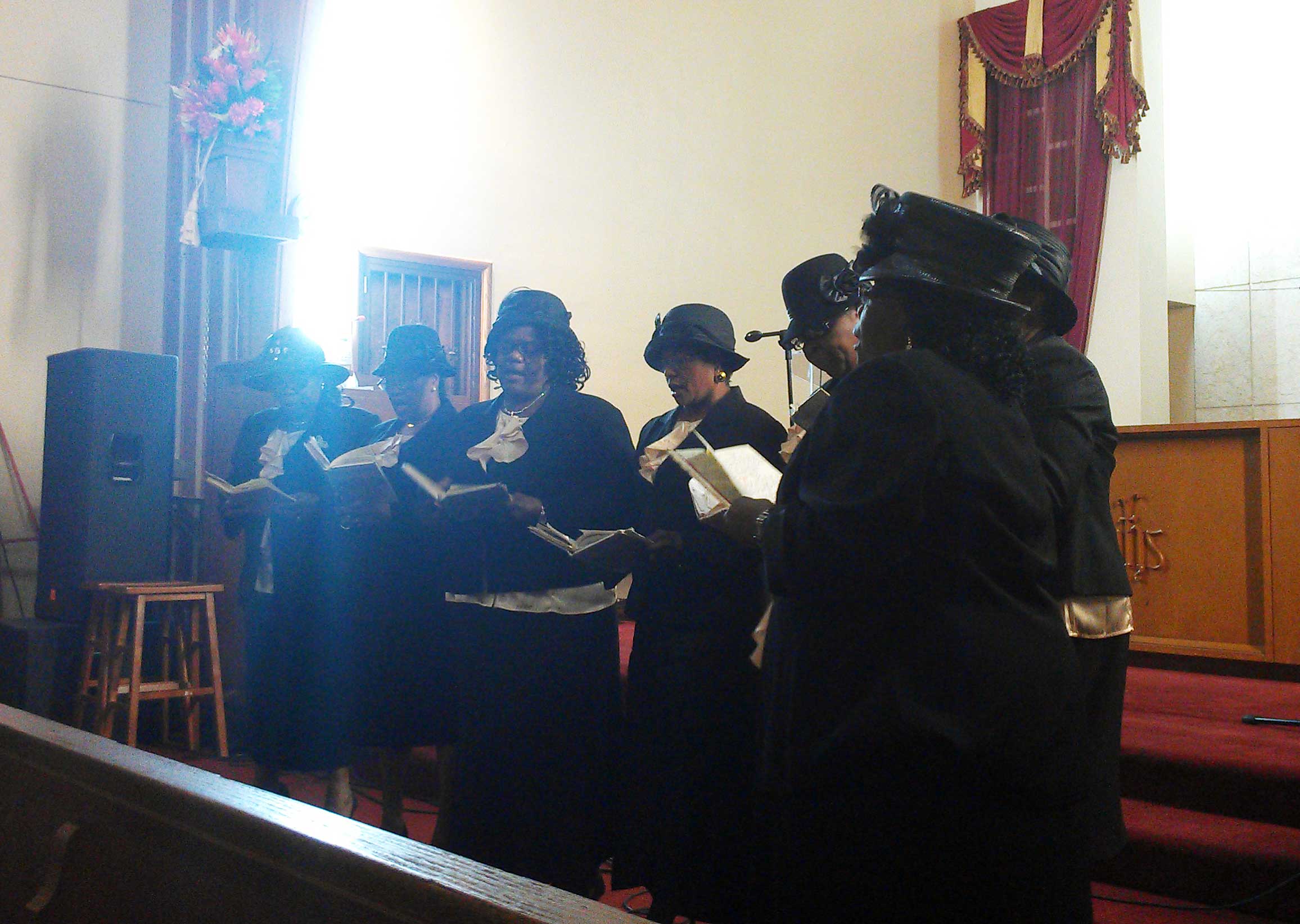 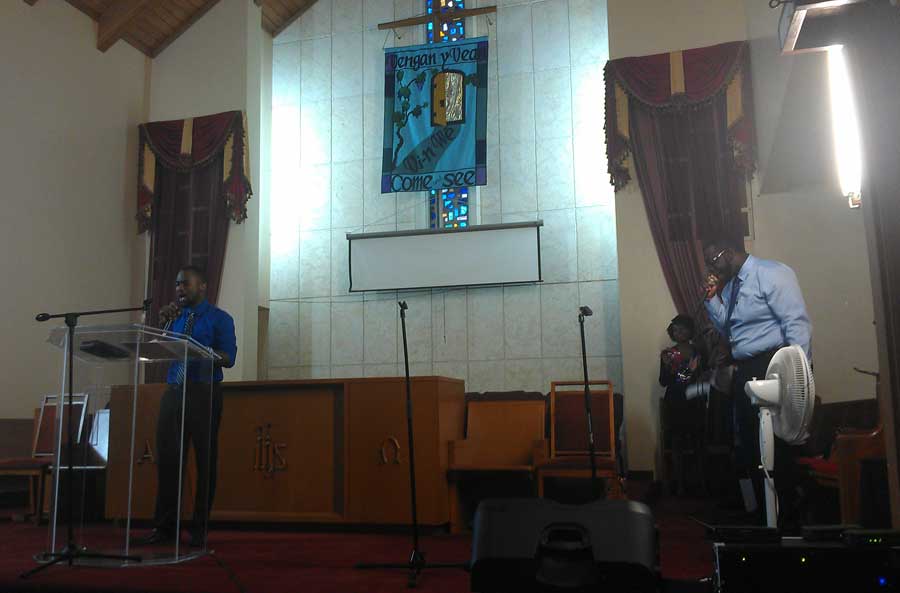 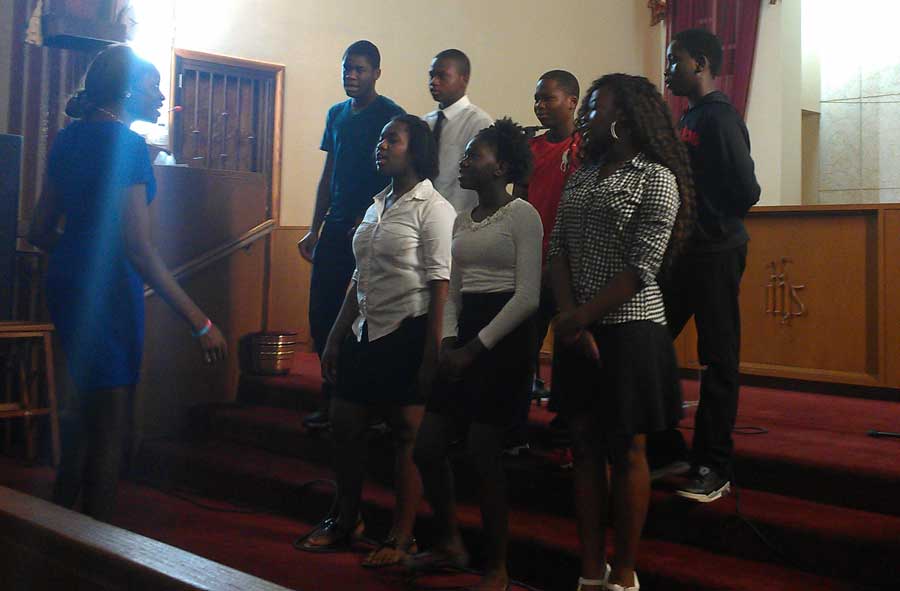 They came at first by boats, as refugees from Haiti. Those refugees are now a vital part of our denomination—they’ve planted new churches in both the US and Haiti. Église des Frères Haïtien (in English, Haitian Church of the Brethren—phonetically: Egg-lease day Frayer Ay-sean) is a thriving congregation in Miami, Florida. Although most of the adults did not “grow up Brethren” (as many US Brethren refer to their faith heritage), Église des Frères Haïtien is distinctly Brethren in faith, in practice, and in love.

The congregation welcomed me as family in August 2015, where I worshiped with, learned from, and interviewed many sisters and brothers. Pastor Ludovic St. Fleur and his wife, Elizabeth, hosted me in their home and blessed me with their fellowship and delicious Haitian food. They told me, “For three days, you are Haitian.” As I listened to stories of the congregation’s history and growth, I couldn’t help but marvel at their willingness to both love hard and work hard for Christ’s kingdom, and at the genuine affection and devotion that they have for Brethren beliefs and practices.

Église des Frères Haïtien is a church of sisters and brothers, where caring and supporting each other as family is key. Love pervades all of the church’s teaching. They resolve to work through conflicts and to promote Christ’s message of peacemaking as a core part of the gospel. Feetwashing at love feast is core to their church life, as is teaching the New Testament. What does it mean to be Brethren at Église des Frères Haïtien? Peace, love, and feetwashing.

The story of Église des Frères Haïtien began with a crisis of international proportions. Fear of political violence, social unrest, and a dictatorial regime forced thousands of Haitians from their homeland in the late 1970s and early 1980s. Refugees from Haiti arrived in Florida by boat, risking their lives in perilous journeys, hoping for freedom and a new start for their families.

Wayne Sutton of Miami First Church of the Brethren described the situation: “There was a humanitarian crisis unfolding in Miami. Many of those who survived the trip arrived on our beaches with few connections and no means of support.”

At Annual Conference in 1981, the denomination approved a study committee’s response to a query on “diminishing membership”. The paper made several recommendations, one which particularly resonated with Miami First Church’s leadership: “That every congregation be challenged to begin at least one new outpost. This may be a Bible study group, a group of persons geographically distant, or another cultural group” (IV. D. article 7). Faced with a challenge to reach out to another cultural group, First Church immediately had one in mind.

Planting a Haitian Church of the Brethren was a way to address Miami First Church’s own challenges while also being faithful to a call to bear new fruit. At the time, according to Sutton, Miami First was “a small and struggling intercultural urban congregation in a changing neighborhood. We were on the dole from the district to help us pay our pastor’s part-time salary, so we didn’t have a lot in the way of financial resources. And we didn’t know any Haitians.” Despite these hurdles, Miami First church stepped out in faith to care for and meet the needs of newly arrived Haitians, building new relationships. One of those who received assistance was pastor Ludovic St. Fleur.

St. Fleur came to the US as a refugee during the crisis. A preacher in Haiti, he began a Bible study in his apartment shared with several other newly arrived Haitians. St. Fleur met another Haitian minister, R.C. Jean, who had recently become connected to Miami First as a potential Haitian pastor and church planter. Both participated in a Brethren love feast. St. Fleur described that he was “struck by the feetwashing and the holy kiss.” He was interested in learning more about the Brethren and being part of a Haitian Brethren church plant, incorporating his Bible study into the new church project. Miami First encouraged plural leadership, so both Jean and St. Fleur served as leaders in the beginning. Theological and practical differences around the use of violence led to Jean withdrawing from the Brethren and to St. Fleur becoming the lead pastor.

The fledgling church project grew, and St. Fleur’s ministry was supported by Miami First in the beginning. One time, St. Fleur invited former Miami First Church pastor Bill Bosler to speak about Brethren history. According to Sutton, Bosler explained how the early Brethren were also “boat people,” fleeing oppression and coming to America looking for a new life.”

The church was received as a fellowship in October 1983. As it grew, other Haitian congregations were also planted in Orlando, West Palm Beach, and Naples, Fla. In 2003, St. Fleur began to plant churches in Haiti. To date, there are 21 Église des Frères Haïtien congregations in Haiti. While starting these new churches, Église des Frères Haïtien has intentionally planted congregations both distinctly Haitian and distinctly Brethren in belief and practice. Keeping this distinction involves ongoing teaching and training, through preaching and also things like bi-annual peace seminars for Haitian Brethren to learn about biblical peace theology and practice.

In all things, love

“What is Église des Frères? Is it Baptist? Methodist?” For Haitians encountering the Church of the Brethren for the first time, the denomination is perplexing. Members must often describe their church, what it is, and what it believes and does. Servilia Attelus explains it this way: “Église des Frères is a group of persons who get together, share love together, unity together, share confidence together. That’s why it’s named Église des Frères.” Members interviewed described the church as a “community of support,” with a strong sense of community, where people are accepting and loving. According to Claudette Phannord, their pastor teaches that “the church should be a group of people who love one another and support one another. We try hard for that.”

Numerous Haitians in the US provide for the needs of both their families at home and back in Haiti. As such, resources can be scarce. Many members of Église des Frères Haïtien work two minimum-wage jobs, with long, irregular hours. Unexpected events would be extreme hardships without the support of the church; members assist each other during weddings, funerals, or illnesses.

When asked about the strengths of their church, members cited its emphasis on love and reconciliation. Attelus commented that “pastor Ludovic has never preached without teaching about love.” “Respect, love, and unity,” said Ramses Papillon, “we have this even though there’s a lot of diversity in the church.” While members are all of Haitian origin, people come from a variety of theological backgrounds (e.g. Baptist, Roman Catholic, or Church of God). These differences provide challenges and can cause conflict. Thankfully, the church navigates these conflicts by teaching both love and conflict resolution.

Biblical teaching on peace gives members the tools to engage with people of different theological backgrounds, cultures, and ethnicities. Rose Cadet explained, “It helps me in my personal life and relationships, trying to make peace and keep peace with everyone around me. I think that’s one of the greatest benefits of being in the Church of the Brethren.”

A future for youth—and a new baby

Similar to all congregations, challenges do exist alongside strengths and areas of growth. Theological diversity can create conflict. Time and energy are challenges: It is difficult to get to Bible study if you work 14-hour days to support your family. Culture and language pose unique hurdles. Youth born in the US to Haitian parents often speak less Creole and more English. It has been difficult to retain young people in the church, who relocate after college or find other churches upon their return. St. Fleur and several others cites the need to engage and empower youth in the church, supporting them in spite of cultural, generational, and linguistic differences. Église des Frères Haïtien is trying to support their youth in new ministries and outreaches. During my visit, youth were planning an event called #POW (Power of Worship), with singing, poetry, dance, and preaching.

For Église des Frères Haïtien, engaging and empowering youth is where the church’s energy must be focused. Seeing youth become leaders was cited by many, when asked what they hoped to see in the next five or 10 years.

St. Fleur also hopes to see a new church plant in the US. Église des Frères Haïtien is seen as the “mother church” of 24 other churches and, he said, “It’s time to have a new baby.” Another church distinctly Haitian, distinctly Brethren, characterized by peace, love, and feetwashing.