Too often we sentimentalize Luke’s nativity story and fail to recognize its radical message. Rather than supporting the status quo, Luke’s Gospel overturns commonly accepted social, political, and economic norms and challenges us to consider, “What is good news for all the people?”

In the first century, some people proclaimed that the ruling emperor brought good news, but in reality his news was good only for those already powerful and wealthy. Although Luke’s nativity story begins with a reference to Caesar Augustus (2:1), it quickly shifts from the powerful ruler to the common people: a Galilean couple looking for a place to lodge overnight, shepherds working in the field, and an infant sleeping in an animal feeding trough.

The nativity story has become so familiar to us that we may not always take time to notice that Luke and Matthew tell two different stories, which over the centuries we have harmonized into one. A portion of Luke’s nativity story focuses on some unnamed shepherds, who appear on the stage only briefly before returning to their work.

It is nighttime and there are shepherds in the fields with their flocks. Suddenly, a divine messenger appears. The shepherds are frightened, but the angel tells them not to be afraid and gives them news about the birth of a child who is Savior, Messiah, and Lord. Responding to this revelation, the shepherds go to Bethlehem to see the child. Just as the angel had said, the infant is lying in a feeding trough.

Surprisingly, Luke gives more space to the shepherds than to Mary, Joseph, and the infant Jesus. We might be surprised by the absence of magi—that story belongs to Matthew (and none of the Gospels refer to three kings). We might also miss the donkey and ox that traditionally appear in nativity scenes—a motif added by later storytellers and artists. We might expect the shepherds to pause in front of the Christ child in adoration, but, as Luke tells the story, the shepherds share the good news and depart.

For all the people

In the first-century Roman Empire, roughly one-half to two-thirds of the population lived at subsistence level or below. This population included small farmers, skilled and unskilled laborers, most merchants and traders, and, most likely, shepherds. At the very bottom of the economic scale were widows, orphans, beggars, prisoners, and unskilled day laborers.

If we picture the population of the Roman Empire as a pyramid, Caesar Augustus and roughly 3 percent of the population perch at the very top. These wealthy few control the fates of the many, and it was common for communities to appeal to Caesar with flattery in the hope of obtaining in return a larger portion of the pie. Some inscriptions from the time refer to Augustus as “Savior” and praise him for having brought peace and order to the empire. An inscription from the region that is now western Turkey declared, “the birthday of the god Augustus was the beginning of the good news for the world.”

By contrast, Luke locates the good news in a different part of the empire and with a baby, not a ruler. Luke mentions a census (or “registration”). Most likely the emperor wants information so that he can increase the taxes he collects. For the population at the bottom of the economic pyramid, taxation further depleted their meager resources. Consequently, the peace and prosperity associated with Emperor Augustus benefitted primarily the elite population at the top of the economic pyramid. As Joel Green observes, “The prosperity and peace for which the Roman Empire is now known was produced through initial conquest and plunder, and maintained through subsequent taxation of a conquered people.”

The visual image for this month’s Bible study is a medieval fresco by Taddeo Gaddi. The scene is a barren hillside. One shepherd sleeps sitting up with his cape draped over him for protection. The other shepherd turns to receive an announcement from an angelic messenger. The simplicity of Gaddi’s fresco helps us relate to Luke’s story. We see two men sleeping rough on a hillside with only their sheep, a dog, and a water bottle by their side. Into this setting, a heavenly messenger intrudes with a word of “good news of great joy for all the people” (v. 10). The good news has to do with a child—not an emperor—who is Savior, Messiah, and Lord.

The angelic messenger gives the shepherds a sign so that they will know when they have found the right child. He will be wrapped in cloth bands and lying in an animal’s feeding trough.

In the Bible, birth stories reveal something about the infant’s future. Moses’s remarkable rescue (Exodus 2:1-10) signals that the boy in the floating papyrus basket will grow up to do something important for an entire enslaved people. In Luke, this infant’s location in a feeding trough cradle suggests that the good news he brings will benefit those on the bottom of the socioeconomic pyramid, those whom the emperor and the world ignore.

In Luke’s account, the shepherds represent the people who struggle to get by in the empire of Augustus. They represent all those who will not benefit from a tax increase and who will not experience the peace proclaimed by and about Augustus. They represent the people who are poor and hungry, who weep and mourn, but who are nevertheless blessed by Jesus (Luke 6:20-23).

“When they saw this, they made known what had been told them about this child; and all who heard it were amazed at what the shepherds told them” (vv. 17-18). Theirs is an active spirituality. They hear the angel. They rush to find the child. And they share the good news.

The good news for the 21st century

In the US, the wealthy are richer than ever before. Inequality has increased, the cost of living has increased, and social programs have been eliminated or cut back. Worldwide, the story is even worse. The richest 20 percent of the world’s population accounts for three-quarters of world income. Some sources suggest that the wealthiest 1 percent of the world’s population will own two-thirds of the world’s wealth by 2030. How should we respond to Luke’s nativity story? It does not prescribe actions, but it does challenge us to attend to the needs of the many people living in poverty in our world. The infant lying in a feed trough represents a different set of values. The shepherds represent a different embodiment of the good news. How can we practice a different way of living in a world that is obsessed by status, power, and possessions? How do we live so that all may flourish? 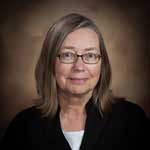 Christina Bucher is professor of religion at Elizabethtown (Pa.) College.