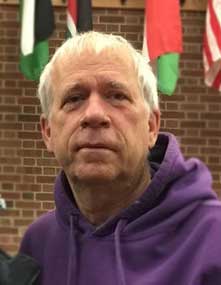 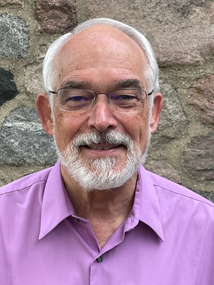 Paul Mundey is a minister, consultant, and writer, with over 43 years of service for Christ and Christ’s cause.

Paul was ordained to the set-apart ministry in 1976 in his home congregation, the Hagerstown Church of the Brethren (HCOB), Hagerstown, MD. During his years at HCOB, Paul was inspired by the ministry of his pastor, Dr. DeWitt L. Miller, Moderator of the 178th Annual Conference. Paul initially came to HCOB through the invitation of Kitty and Alaric Bowman who were neighbors, two doors down from where Paul grew up. Because of the Bowman’s outreach, Paul’s life was profoundly changed by Christ and the Church, resulting not only in a life of ministry but a passion for personal outreach and evangelism.

Paul has been married for over 39 years to Robin Risser Mundey. Robin has had a varied career as a minister, bank professional, health care administrator, and musician; she currently serves as an organist and director of traditional worship at a church in Baltimore, MD. Paul and Robin have two children Peter and Sarah. Peter is a sociologist, serving as Assistant Professor of Sociology at Savannah State University, Savannah, Georgia. Sarah is an interior designer, blogger, and a leader in the DIY movement through her firm, Dorsey Designs. Paul and Robin have two grandsons, Jacob, a wiggly infant, and John, a very energetic toddler.

Paul enjoys hiking, photography, and reading. He also enjoys continuing education, regularly auditing classes at a variety of educational institutions. Currently, he is part of the community of St. Mary’s University and Seminary, in Baltimore, Maryland.

Paul is a local church moderator of two congregations: the Hagerstown Church of the Brethren, Hagerstown, MD and GraceWay Church of the Brethren, Dundalk, MD. where he is an active participant and worshipper. Paul views GraceWay as an inspiration for our future as a denomination, as it gathers together in an urban environment persons from over ten nations, in a vibrant community of diversity and unity, in Jesus.

Paul served for 20 years as pastor of the Frederick Church of the Brethren (FCOB), Frederick, MD. While at FCOB, the congregation experience marked growth through a variety of outreach initiatives. Before serving at FCOB, Paul was on the staff of the Church of the Brethren General Board (predecessor to the current Mission and Ministry Board) serving as director of evangelism, along with staff for domestic Korean ministry. While serving on the staff of the General Board, Paul developed Passing on The Promise, a holistic evangelism process, along with being a part of staff teams that crafted the current denominational ‘tag line’ and the small group program People of the Covenant.

Paul received his bachelor’s degree at Towson University, Baltimore, MD., his Master of Divinity from Fuller Theological Seminary, and his Doctor of Ministry from Princeton Theological Seminary. During the academic year, 2016-2017 Paul was a Visiting Scholar at Princeton where he completed two book manuscripts, one of which — a discussion of the relationship between faith and time — is under contract with Cascade Books, an imprint of Wipf and Stock publishers.

It is Paul’s aspiration that the Church of the Brethren will claim God’s adventurous future, in Jesus. Little is gained by wallowing in division and despair. It is only as we stretch toward Christ’s promise of redemption, healing, and vision, that we flourish, knowing abundant life; life in Jesus, full and free!

Paul may be contacted at moderator@brethren.org. 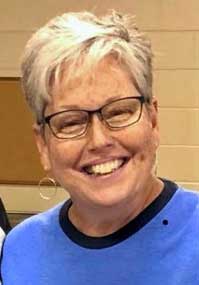 Bolsinger will be the featured speaker at an all-Conference plenary session on Friday, July 2, where he will address “Doing Church in Uncharted Territory,” followed by a time for Q+A. On Thursday, July 1, he will speak at the Moderator’s Forum on the topic “Adventure or Die,” and will lead an Insight Session on “Standing the Heat, Surviving the Sabotage.” He also will speak at an Insight Session on Friday, July 2, on the topic “The Fire and the Anvil.”

Gorman will be the keynote speaker for the Minister’s Association pre-Conference gathering June 29 and 30, focusing on “1 Corinthians: Challenges for Today’s Church.” He will be the Bible study leader for each morning of the Conference, studying passages from Revelation. He will lead an insight session on Thursday, Friday, and Saturday evenings, July 1-3, on “Reading the Bible Missionally.” On Saturday, July 3, he will speak at a Peace Seminar on the theme “Nonviolence in the Writings of Paul.” 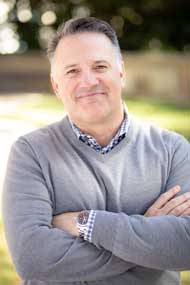 Tod Bolsinger is Senior Congregational Strategist and Associate Professor of Leadership Formation at Fuller Seminary in Pasadena, Calif. Previously, he served the seminary as vice president and chief of leadership formation. Holding hold a doctorate in theology and Master of Divinity from Fuller, Bolsinger also is an executive coach in transformational leadership for corporate, nonprofit, educational, and church organizations. For 17 years he was senior pastor of San Clemente (Calif.) Presbyterian Church after serving for 10 years at First Presbyterian Church of Hollywood. The most recent of his four books is Tempered Resilience. How Leaders Are Formed In the Crucible of Change. 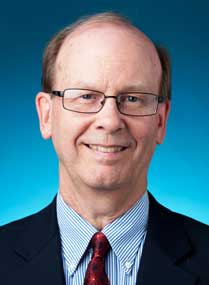 Michael Gorman holds the Raymond E. Brown Chair in Biblical Studies and Theology at St. Mary’s Seminary and University in Baltimore, Md. He has taught at St. Mary’s since 1991, and served as the dean of St. Mary’s Ecumenical Institute 1995-2012. Gorman holds a master of divinity degree and doctorate from Princeton Theological Seminary, where he taught Greek. He is a member of the Society of Biblical Literature and an elected member of the Society for New Testament Studies. A United Methodist layperson, Gorman is a frequent lecturer at churches, institutions of higher education, and clergy gatherings of many traditions in the US and abroad. His nearly 20 books include several on Paul, the atonement, Revelation, and John, as well as volumes of biblical interpretation and short books on topics in Christian ethics.

Explore the following books to learn more about the thought of Dr. Bolsinger and Dr. Gorman and to prepare for their presentations at Annual Conference. 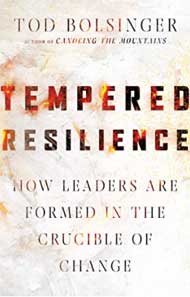 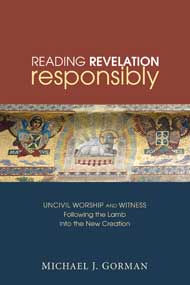 Explore the following articles to learn more about the research and scope of Dr. Bolsinger’s and Dr. Gorman’s teaching and ministry.

How Not to Waste a Crisis–Even When You are Exhausted

“Shalom in the Book of Revelation: God, Church, Judgment, New Creation,” in Struggles for Shalom: Peace and Violence Across the Testaments, ed. Laura L. Brenneman and Brad D. Schantz (Wipf and Stock, 2014), 279-90

View the following videos to learn more about the thought of Dr. Bolsinger and Dr. Gorman and to prepare for their presentations at Annual Conference.

Standing Committee members are chosen by their districts.